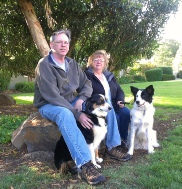 A note to update you on Rocky. We decided to keep the name Rocky, Dave says he’s had a rocky start to life, it fits him. He and Kelly [Rocky’s tri-colored pack mate] are getting along just fabulously. They are so compatible it is amazing. They play all day long and exhaust themselves on long walks and open play areas. We have tried him off leash in the play areas by the house, he will stay with us as long as Kelly is running after the ball, still needs work on coming back when called. He will only chase her, no ball focus yet. This is okay as Kelly is very ball focused and doesn’t share well with him when he has tried. He’s decided that he would rather chase her then take the ball. He’s so happy go lucky like that. He loves small children too and will run to them and lick their faces until an adult can pull him off. One little girl was laughing so hard she fell backwards on the grass and he was soon rolling with her.

He has taking to the leash very well, we are using the haltie, and he has become very calm and walks/heels nicely beside me. We have made a major step in barking at everyone and everything. I would imagine being locked up in the back yard all day the outside world to him was scary and barking was a fear factor.  He is fascinated with everything, birds, squirrels, trees moving, cars, and people. On our walks he would rather watch the world go by then sniff every blade of grass like Kelly does. Right now they are in a tug of war over the rope toy. Once they lasted 12 minutes locked in a stare and neither one wanted to let go, until Kelly growled and snapped, he gave it to her, but when she isn’t looking he will grab it and go under Dave’s roll top desk.  This has become his safe place, probably reminds him of his dog house. He also did well with a bath, that red clay is hard to get out of the hair.

I could go on forever, we just love him and feel he is perfect for our family and fits well with the pack theme we have going on.  He has even taken well to our neighbor Pat, she is in her 80’s (she won’t tell us exactly) Kelly just loves her and Pat waits every afternoon to go with us on a walk, she was a recluse and walking has gotten her out of the house. She was afraid she wouldn’t have enough love to share with a new dog and wasn’t sure she wanted too, Rocky took to her like she was a family member. He runs with Kelly to Pat’s front door and wiggles like a puppy when she opens the door. Pat couldn’t help loving him. Well I better get going here, I need to make a spaghetti sauce that simmers all afternoon.  Gwen 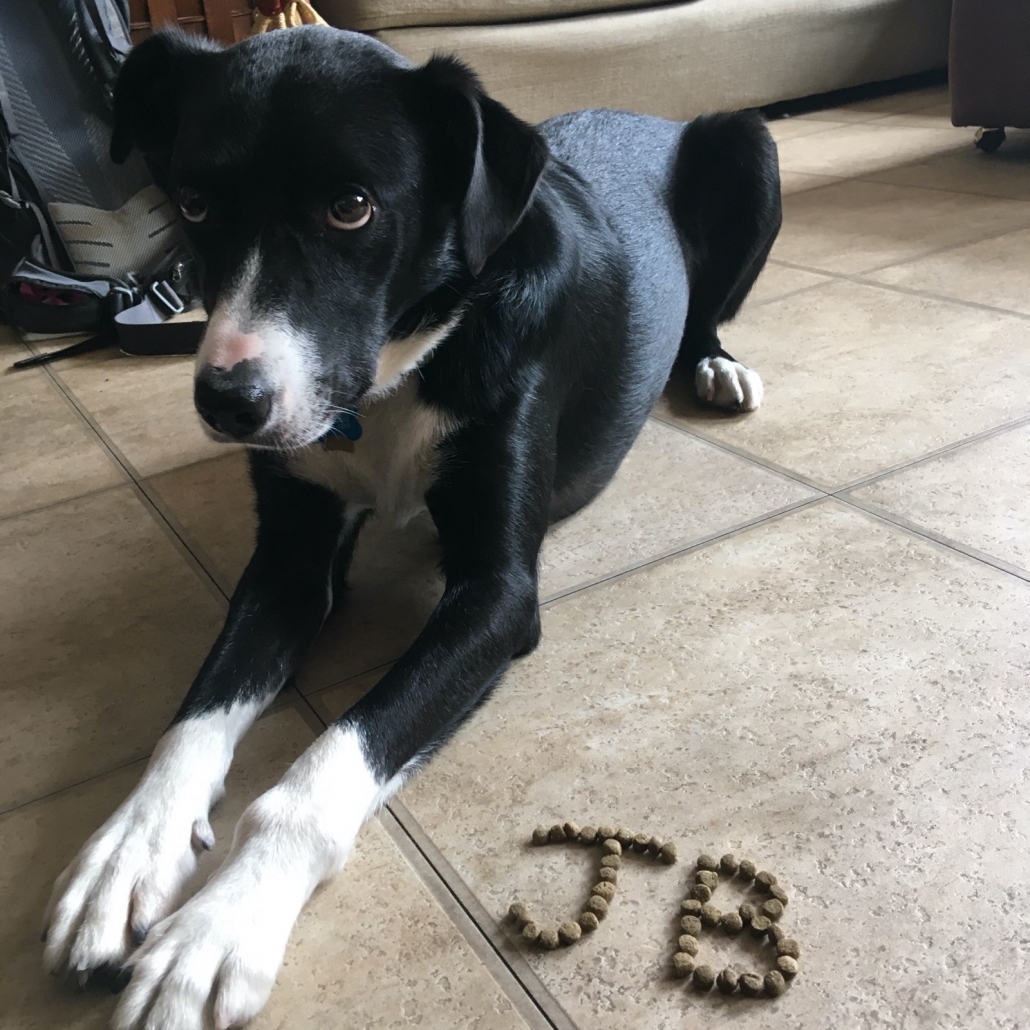 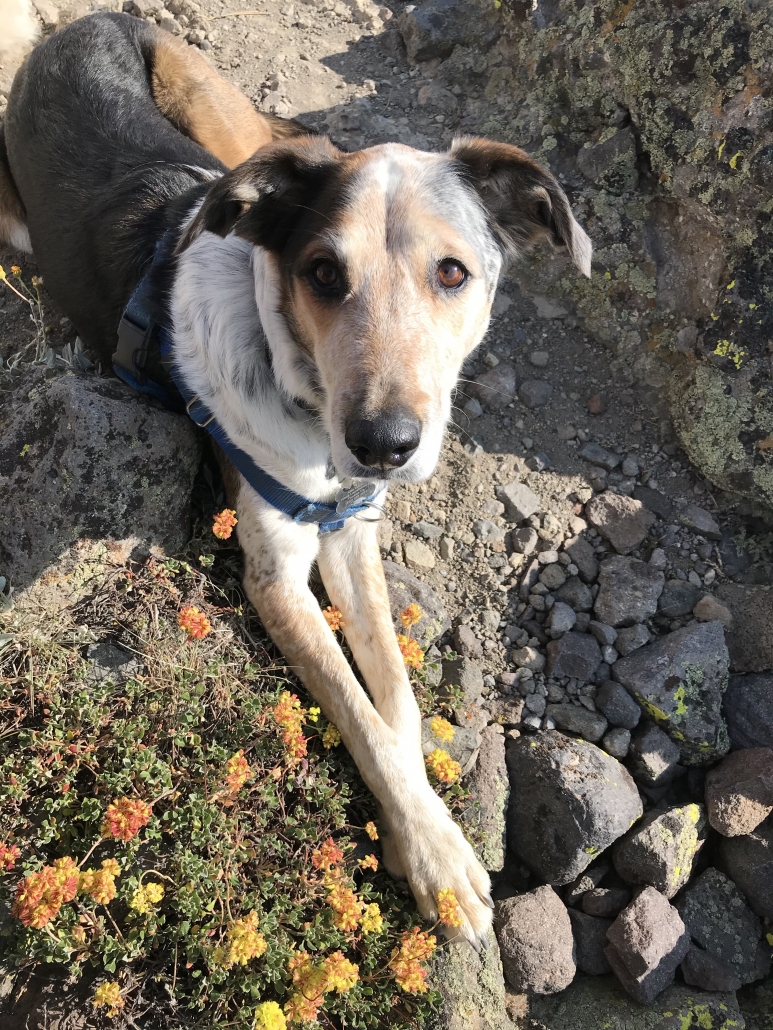 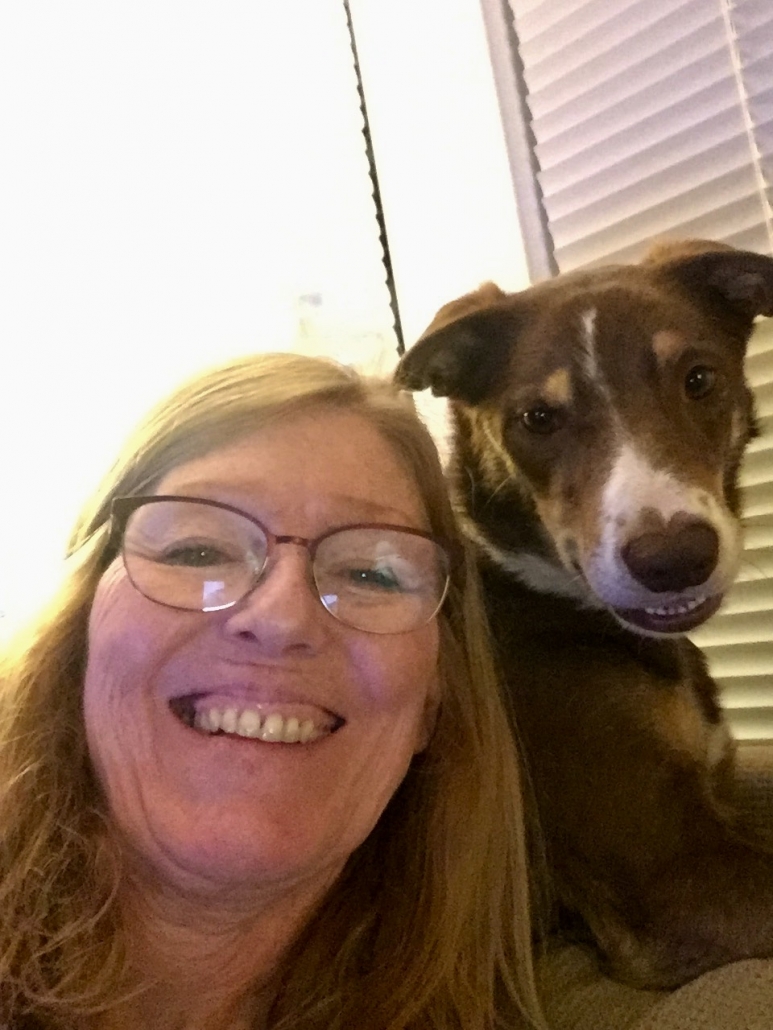