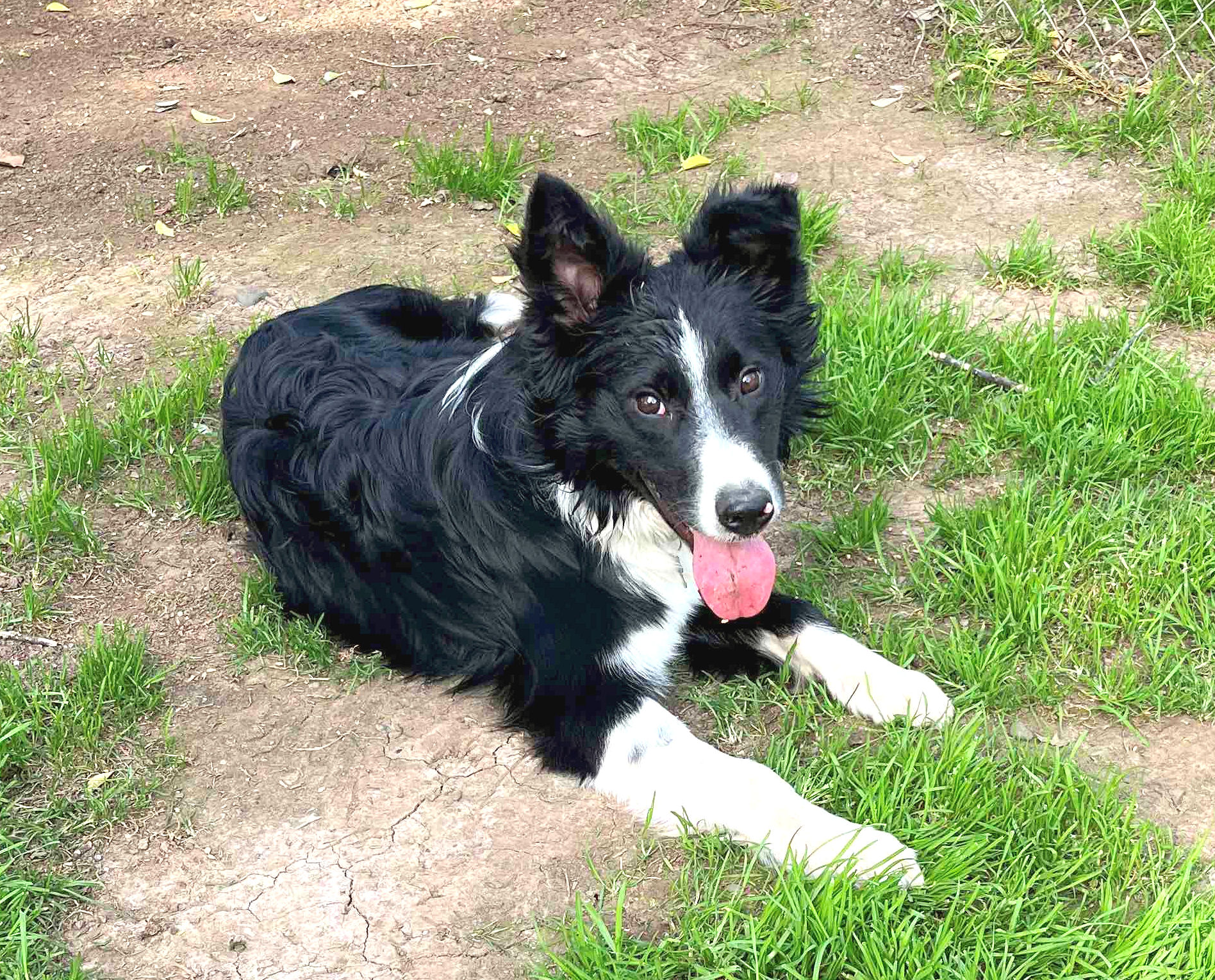 CUBBY is a 7-month-old, 33# energizer bunny.  He has an infectious enthusiasm for everything he encounters: dogs, toys, birds flying overhead, etc.  Running & leaping & dashing & pouncing (yes, like a rabbit) & chasing are his favorite activities.  He will throw toys in the air for himself, catch them, & run wild zoomies around the yard, trying to get his foster mom to chase him.  He does love to be chased, but with other dogs he likes to take turns.  His play with his foster sister–an adult border collie–involves chewing on her, especially her tail (live tug toy?), running alongside her, pouncing on her, & repeating the above until both of them have tongues dangling & bodies flopping on the ground without an ounce left.  The older female dog in his foster home is very capable of telling him when she’s had enough, but the other dogs are not & sometimes don’t appreciate his attentions.  He will keep up this kind of play with another dog until his foster mom takes him back in the house & puts him in his pen or crate for a nap.  He is not mean or aggressive in his play, but he is relentless, his play mocking “herding,” so a home with another steady & strong older border collie would be best for him.  He would also do well as a single dog in a border collie experienced home.  He would not be a good candidate for dog park play & exercise.  We don’t know how he would be around cats or other animals.

CUBBY does like to play, but he also likes to learn.  He is smart, willing, agile, & toy-&-treat-& attention-motivated.  He would probably excel at dogs sport like agility, nosework, Treibball, etc.  He greets other dogs & people nicely on & off leash.  He loves to snuggle after he’s had a good romp. He is a sweetly affectionate boy, giving kisses every so often.  He crates beautifully & is quiet in his crate, & he has never had an accident in his foster home.  The only time Cubs barks is when he hears his foster siblings going outside (he goes out last), but he stops when he is asked to.  Cubby has a gorgeous, shiny, wavy coat, & he is a good boy for a bath.  He rides nicely in his crate in the car, whimpering for a couple of minutes & then settling.  He can settle in the house, but he is a boy who will need vigorous exercise AND things to do to stimulate his very smart border collie brain.  Any & all training that is fun & builds from his happy, enthusiastic nature will be great for him, helping him to be the best dog he can be.

CUBBY is micro-chipped, spayed, heart worm negative and on preventative, and up to date on vaccinations. If you have an approved Northern California Border Collie Rescue & Adoptions Adoption Application and wish to inquire about CUBBY , please email us at Adoptions@norcalbcrescue.org. If you have an approved adoption application with Border Collie Rescue of Northern California let us know and we will request it be forwarded to us for consideration.

CUBBY is being fostered north of Sacramento, CA.

Thank you for considering adoption of your next best friend from NCBCRA. Our Border Collies are waiting to join your family. 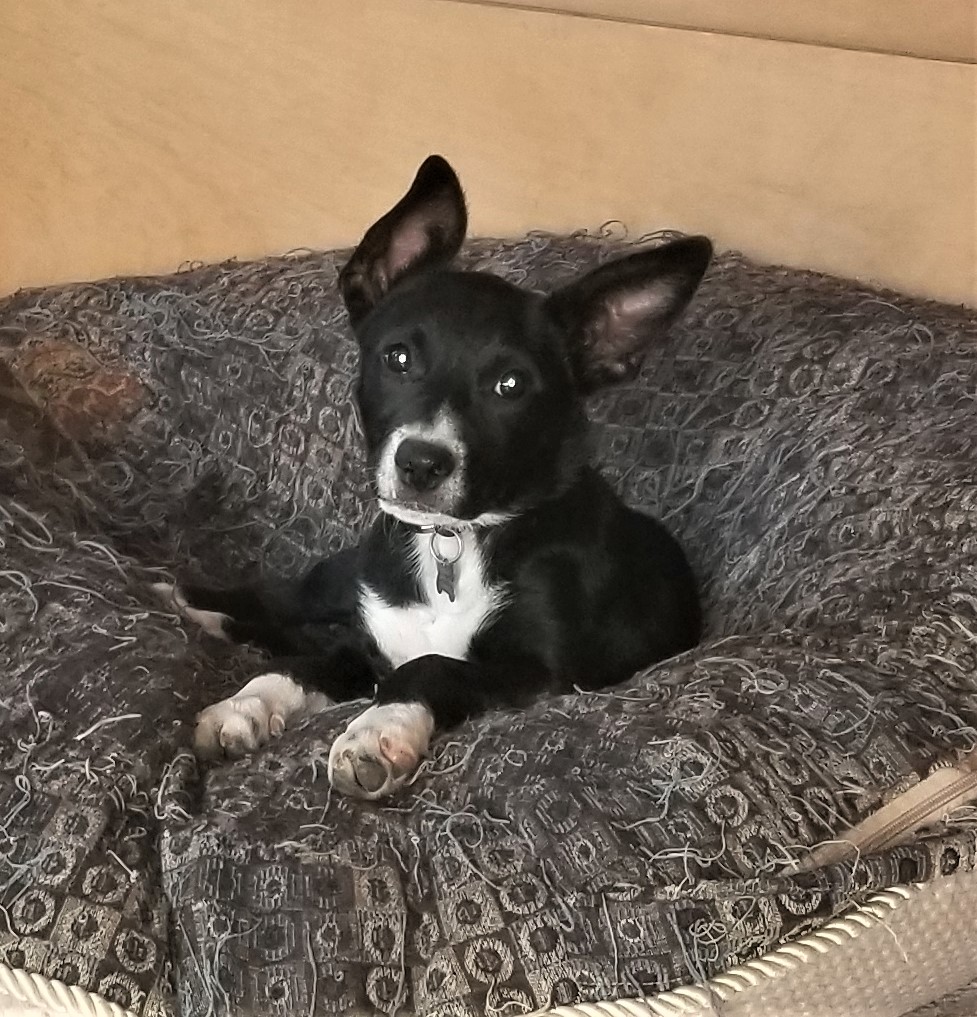 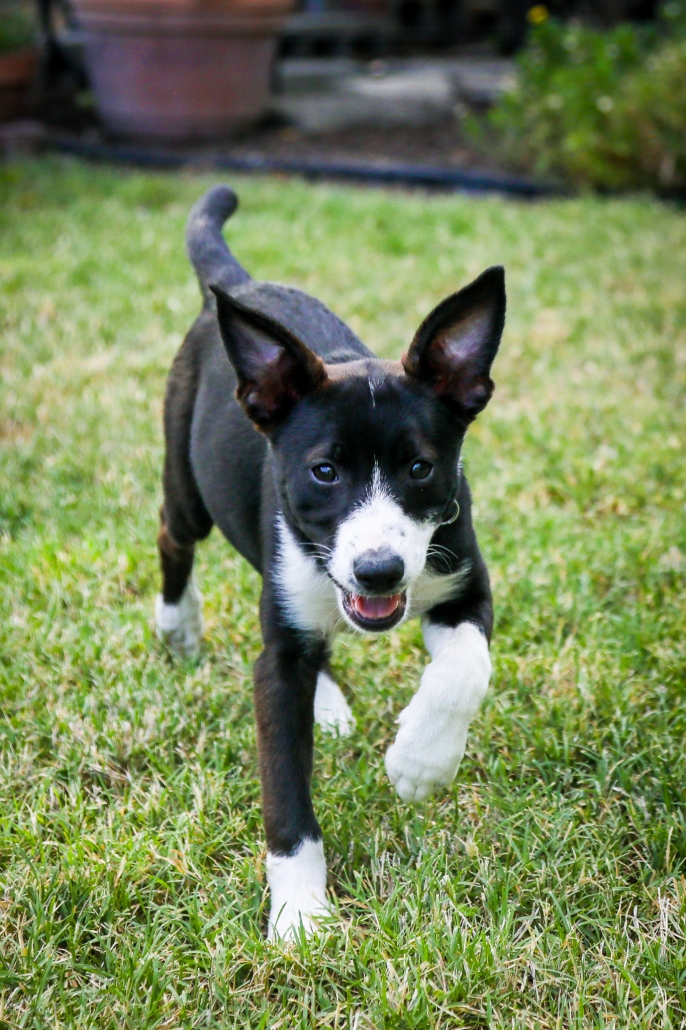 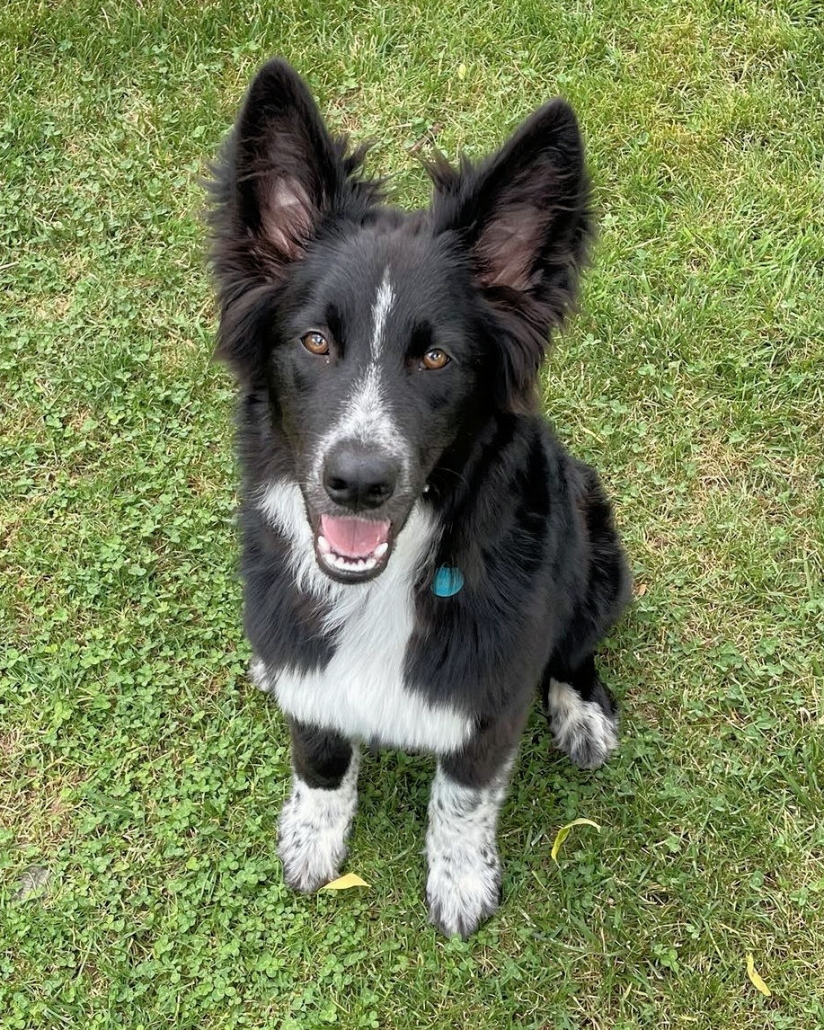